Since 1976, Albuquerque Pride has worked at presenting a positive image of the Lesbian, Gay, Bisexual, Transgender, Intersex, and Queer (LGBTIQ) community. Albuquerque Pride provides a safe space to network, come out and explore what the New Mexico LGBTIQ community is all about. Since becoming a non-profit organization in 1997, we continue our outreach educating the general public on the issues and lives of our community. Further, we build support among our allies and create a dynamic economic, political and vocal community for all issues of social justice and freedom. Albuquerque Pride is a member the International Pride Coordinator’s Association (InterPride). We are an all volunteer organization who works year round to create a community Pride event.

Our mission is to strengthen and affirm the lesbian, gay, bisexual, transgender, intersex, and queer/questioning community by offering education, outreach and advocacy through production of quality events.

Our vision is to see full inclusion by New Mexico communities, which will add to the quality of life for children and adult LGBTIQ people. While significant strides will have been made in people’s acceptance of LGBTIQ people, there will be an ongoing push for community inclusion and participation.

The Stonewall Rebellion marked a turning point when the community decided to fight against homophobia and begin the struggle for acceptance of who we are. The riots that followed the raid are considered the birth of the modern struggle for equal rights for gay, lesbian, bisexual and transgender (GLBT) people in the United States. Issues of employment, housing, personal safety and alternative families for the GLBT community all grew out of those few nights in June 1969 when people were tired of harassment and attacks. As a result, people all over the country “came out” of the closet and declared their sexual orientation (which gender they have their primary physical and emotional relationships with) and gender identification (which sex they personally identify as) and began to create a more cohesive community.

Here in Albuquerque, the parade grew steadily from those first 25 pioneers. In 1977, over 100 people marched on the sidewalks for GLBT rights and rallied at Morningside Park to hear speakers tell of their personal experiences and what was happening all over the country. We moved from the sidewalks to the streets. Then Pridefest moved from Morningside Park to Spanish Village at the New Mexico State Fairgrounds for a number of years. Then in 2001, on our 25th anniversary, Pride moved to Main Street on the Fairgrounds. The event was a huge success and over 5,000 people attended the daylong event. More space, more vendors, more entertainment and more community! In 2008, the estimate was over 30,000 people attended the three day event …and we keep growing. We were noted as the 9th most attended festival by New Mexico Business Weekly newspaper, Best of Festival by the Alibi and noted as the 3rd largest parade in the state of New Mexico.

New Mexico is the only state that has both Hate Crimes and Human Rights legislation that includes sexual orientation and gender identity. New Mexicans are accepting of diversity but being aware of your environment and taking appropriate precautions after a day at Pride are advised. 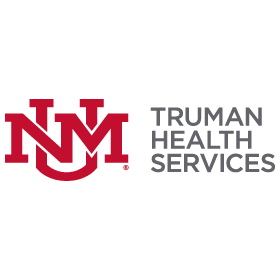